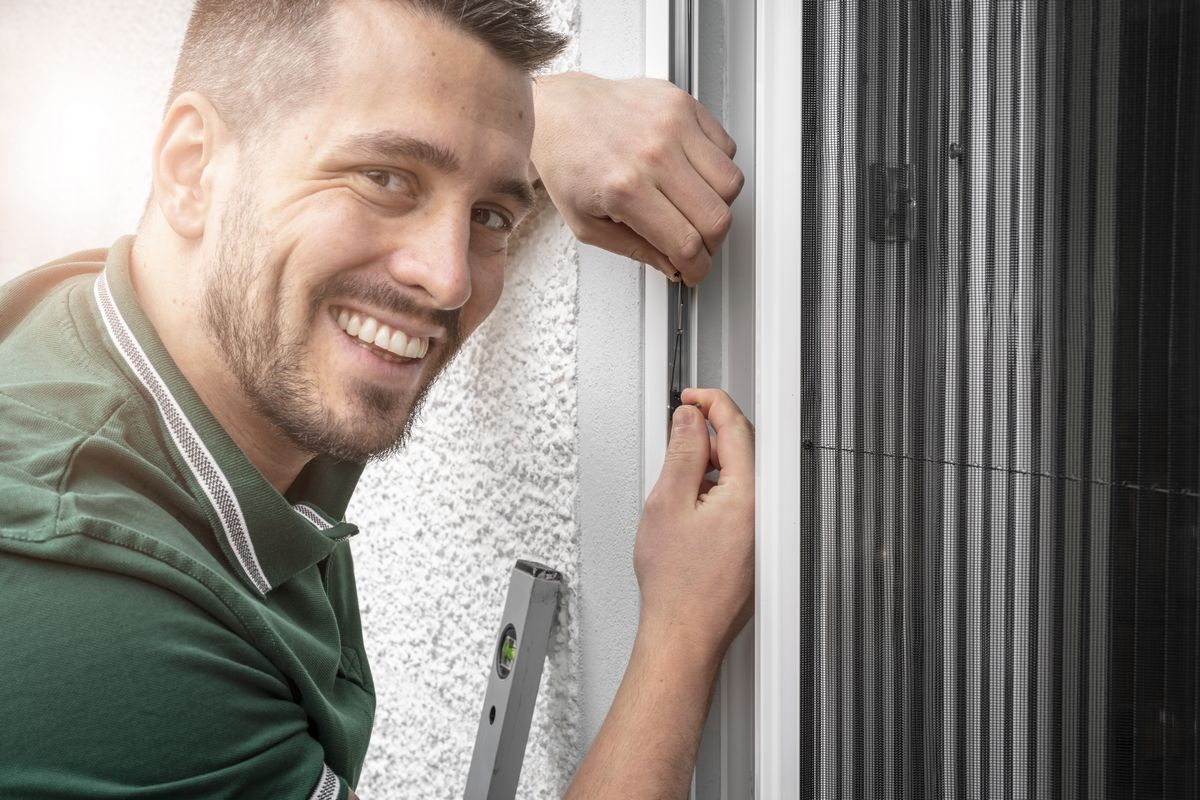 When we say damage, we mean loss of functionality of a window and partition parameters due to formation of mould and dampness, cold draughts and freezing. The moisture contained in warm air causes condensation to be formed on cold window surfaces. This phenomenon is known from everyday life: when you take a cold bottle of drink out of the fridge on a warm day, water droplets - condensate - appear on its surface very soon.
The worst case scenario relate to installation errors means necessity to completely dismantle the window and re-install it. Then additional costs may arise, e.g. related to repair of a building façade. The more incorrectly fitted windows there are, the greater trouble it is.

Unfortunately, installation errors are still encountered. Some of the most common mistakes made by fitters will be shown below.

Earlier, it was mentioned how important it is to make accurate measurements of the openings in which the windows will be installed. Should this step be neglected and professional measurements are not taken, final window may end up with incorrect dimensions.

The first problem is a window that is too big in relation to the size of its frame. The window may not fit into the opening. It also happens that the window will fit "to butt", but then the so-called expansion gaps will not remain, which allow for proper sealing against uncontrolled moisture penetration. Warm, humid air will penetrate through unsealed gaps and condense as a result of contact with colder outside air. Moisture from precipitation will also penetrate. Such long-term process will cause the masonry and plaster to become damp and then damp patches and mould to appear.

Too small an opening is also associated with insufficient space for compensation of stresses resulting from thermal expansion of window sections under the influence of high temperatures, which may cause jamming, bending of window frames and sashes, making them difficult to open in the summer.

The second case resulting from measurement errors may be related to provision of too small window. Resulting installation of such a window is too wide dilatation gaps, which prevent against making proper connections between the window and the wall - faulty sealing. Dowels or mounting anchors "hung in the air" and are subjected to excessive loads which may lead to deformation of the structure. Additionally, the wind pressing on the window may cause the structure to shift. The long-term consequence of these impacts will be the complete disruption of the insulation layer joints.

Should too large gaps be filled with foam and plastered over, cracks will appear quite quickly and moisture will penetrate freely.

2.  Installation on uneven and unclean surfaces

Old plaster, debris, dust, wood splinters, leftover materials, etc. are often left behind by the installation team during window replacement. Putting PUR foam onto an unprepared surface will result in the substrate not bonding properly, and this will cause rapid unsealing and appearance of thermal bridges as part of the gaps between the wall and the window. The debris will also absorb moisture, resulting in the appearance of dampness. In extreme cases, water can get inside. Blowthrough at the frame may occur.

Carrying out the installation without an appropriate number of sub-threshold anchors and setting the frame directly on the ground may cause excessive movements of the structure, leading to permanent deformation of both the frame and sashes and cracking of plaster.

4. Installation of windows with insufficient number of anchors or dowels

The most frequent mistakes include also installation of anchors or dowels only on the side of the window and lack of fixing points in the sill and the lintel as well as incorrect spacing of the fixings. Such actions may have serious consequences. Every day, windows are exposed to the effects of wind, temperature differences, and daily use, which, in combination with inadequate fixings, lead to permanent deformation of the lower and upper part of the frame. Joint seals degrade and moisture and cold air penetrate into the gaps. Air leakage occurs.

Last but not least, a faulty seal is a common installation error. This is a common mistake that will defeat all efforts made by window manufacturers to reduce heat loss or suppress noise.

Negative effects of installation errors are not visible immediately, but their occurrence is unfortunately inevitable. The later they are detected, the more problematic their removal becomes. Delayed detection of faulty installation also becomes more difficult to prove and it is difficult to obtain the removal of faults under guarantee or warranty.

Window adjustment is an extremely important step which influences the correct functioning of the windows. It should be carried out immediately after their installation or before their use. Ignoring the adjustment can cause that the sash does not move smoothly, the handle is hard to press or setting it fully in the closed position will not be possible. Except that it can also cause occurrence of gusts through leaks.

7. No closure of HST doors during construction.

HST doors are equipped with rails on which the sash moves - it is quite a high precision construction, so in order not to expose it to damage or contact with sand it should remain closed for the time of construction, and the handle should be removed (secured against opening). Very often construction workers drive a wheelbarrow over the threshold or lay planks, which may damage the threshold. During the construction step there is also a lot of dirt - sand, which gets between the rails. All of this cause HST structures to lose their properties and later on it becomes difficult to move along the rails.

How to avoid installation errors?

Actions that should be taken or checked before allowing the installation team:

Actions to be carried out during installation: